A chat with the Author of Obsession Di Marco Series

Not only do I write, but I also read a lot (a hell of a lot) and my main genre is pretty much always spiritual and afterlife books about mediums & individuals who have had incredible spiritual journeys.

What’s even more exciting is that the wonderful author has allowed me to interview her. The intriguing part is that I know this person’s work as she has an impressive spiritual career however, this interview is about her new book series, so here it is (there is also a link at the bottom if you wish to order, it’s also on Kindle Unlimited – yay!):

In a nutshell, tell me about the book series, Obsession D Marco?

Obsession is the first in the five-book Di Marco series. The books are bad boy billionaire romance with a mafia background and suspense so they are open to a wide variety of audience. But if I was to put it in a nutshell, dark romance would be the appropriate label.

What inspired you to write this book series?

I have always had Antonio Di Marco (the main hero in book one,) in the back of my mind somewhere. He was my fantasy guy even from a young age before I had ever read an alpha male romance book. However, I never dreamed I would write a book about him.

I have a successful spiritual career and was quite happy with my life focus when one day I was taken to emergencies with a suspected stroke. I was scared because I felt I was too young for a stroke and I remember a sense of doom as the doctors gave me a brain scan.

Once inside a coffin type machine with a cage around my head I was given strict instructions not to move, if I did I would have to start the hour-long process again.

With a million and one things to focus on whilst lying still, somehow a story came to mind. A story that involved my fantasy guy. Before the scan had finished I had the entire five-book series mapped out in my mind.

My scan turned out to be fine and until this day we have never found the reason as to what happened to me that day of the hospital. But I know my life had changed. The Di Marco series was now the only thing I could concentrate on.

The hardest thing was how to tell my family that I was going to write a romance book and one that involved sex and language like I’d hardly used before.

I started with my mother, who was an instant support and then told the rest of my family in jagged terms. I cut my spiritual work down from five days a week to just two and I spent every second of the day typing. Of course, this was a huge hit on my finances, but it felt out of my control. I had to do this. I was also aware that it was so different from my spiritual work that it was the balance I so very much needed.

When you write, do you have a solid storyline in mind or do you let it grow organically as you go along?

I had the storyline whilst in the scanner machine, but the interaction between characters and additional storylines came whilst typing, I let the characters flow and do their own thing. Additional storylines also sprint up like the burger with Jack and the day of the Spa and the shower room. These things just happened.

Before I type, I normally play it out in my mind. Then once I know what is happening I type, but sometimes things jump on the page and once it is down I leave it until my next draft. If it fits and I am happy with it then I let it stay, if it feels off then I delete. I have no problem deleting things that don’t feel right or somehow moves the story in a way I am not happy with.

Who is your favourite character and why?

Antonio Di Marco will always be my number one guy. Under his cold exterior, he is loving, kind and romantic and I enjoyed finding that in him. I love how protective and jealous he is of Jayne and the relationship he has with his family.

But I also have to say Ace, the hitman who first appears in book one is fast becoming one of my favorite characters. He is so weird and even though I am the author I am always surprised at things he does. When Antonio and Mike went to see him at his club and he was sat with a teapot, cup, and saucer, I was like what the heck is this guy doing now? I sometimes have no idea he is going to be in a scene until he appears and often steals the show.

If your book series was ever turned into a film, who would play the lead character roles and why?

Oh my goodness, I have no idea on this answer as I can’t imagine my characters any other way than the way they are in my mind.

Did you self-publish this book & if so, what was the reasons behind this?

I have never considered traditional publishing. Born in January I am a typical independent Aquarian. The idea of controlling my own books wasn’t daunting for me, it was exciting. Thankfully we live in an era where it is easy to self-publish and what you don’t know, with a click of a button you can learn.

What advice would you give to aspiring writers?

Invest time to learn. I spend many hours in the night watching YouTube interviews and tutorial videos about everything connected to writing romance and writing in general. I would calculate around three hours a night and I try all the tips and advice. I have found some incredible advice on YouTube, Google, and blogs. I think you have to play around with the advice and see what works for you. I learned early on I wasn’t too good with outlining and I still am not comfortable with it. That’s fine, I have the general story in my head and I type away letting it flow, other authors need to outline that flow first. Find what feels right for you.

How long would you say it takes to write one complete novel? How much time did you have to dedicate to it?

I worked five days a week full time on Obsession and from start to publication it has taken a year. Of course, now I have created some footprints on my path, my typing is very fast, and there are a lot of things I no longer have to spend time learning.

There are many self-publishers around these days, especially with the help of social media. What do you think makes a storyteller really stand out amongst the competition?

Books. I know it sounds very repetitive but it is true unless you are a known author you would be very lucky to write your first book and stand out at first. Adding more books to your author profile will bring you more readers. Also, time, (yes that word again,) but marketing is a huge part of selling books unless you are one of the chosen few that gets an instant following, and marketing takes a lot of time. An entire day can turn into days and nights of social media, emails, networking and all types of marketing. And then repeat, as marketing is a constant thing.

Take into account the time that goes into marketing a book and also get an editor and make sure it is one you can work with. I was lucky, I found Jill from Little Red Lines and she got me and my book from the first chapter.

What are you currently working on?

Book two of the Di Marco series. I am behind my own schedule because my female character was supposed to be weak, a victim and obedient. But she keeps knocking my back by showing her defiance. Sofia is blossoming and is taking on her own flow and I am beginning to love the girl.

Putting a lifetime of spiritual work on hold whilst I wrote a romance book is, without doubt, one of the craziest things I have ever done. But as strange as it may sound it was like a calling that came out of the blue. This was never in my life plans. Writing about bad, sexy billionaires was a world away from my serious spiritual work.

But I trusted. I threw out all the practical, logical reasons not to do this and I went with what my heart was pulling me to do. Although previous to this I had thought my life was pretty much fulfilled and I was happy, my journey writing this book showed me so much about myself. My spiritual career was great and I enjoyed it but I also needed fun, this book brought me that fun. I believe the mind is powerful and writing this book I was able to live out so many things in my mind, and although my body was sat in front of my computer, my mind was in a hotel in New York with a hot bad boy billionaire.

If you would like to order a copy of GJ Moon’s Obsession Di Marco, you can find it by going direct to Amazon (it’s on Kindle Unlimited & Paperback). 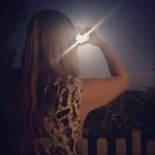 As a child runs down the street screaming: “He’s in his feelings again”

Memoirs of My Manic Mind vol.1:

I’ve heard numerous people describe denial. For me, I didn’t think my life would...

Screw Gofundme, If I can Sell 400 Copies of My Book It’ll Help Me Go Back to School!

If I can sell 400 copies of my book, Unrequited: Things I Learned from...

Conquer your bad habits or they will conquer you.

Eleanor was right. She never looked nice. She looked like art, and art wasn't supposed to look nice; it was supposed to make you feel something.

Art is the signature of civilizations.

Artists are magicians. They are the ones who show us how to see world differently.